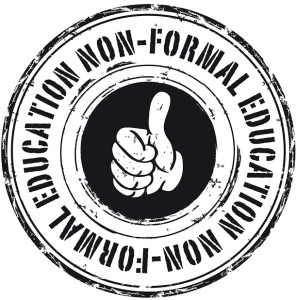 Phase I of the project was The Tripartite Committee.

In phase I, a combined group was formed, composed of parents, students, teachers and school administration, in 15 schools from Bekaa. These groups are aimed at identifying the forms of violent behavior and forms of conflicts in the school until they can identify a basket of activities and projects that can help in ending the violence in schools.

15 meetings were held with the teaching staff of the 15 targeted schools on effective and positive ways that deal with the issue of students and violence.

15 meetings were held with parents of students from the 15 targeted schools on positive and violence free methods of interaction with the students.

A code of conduct was developed for each of the 15 schools in a participatory manner (with parents, students and staff (educational and administrative).

…For Development sat down with individuals from the three parties involved in the committee after their meetings were held to explore their overall impression of the sessions being held:

1- Students:
Jamal A.R. said that they were discussing different points of views on matters concerning the school. He stressed that violence is being used on the children since as long as he can remember and that violence always leads to spite and bitterness, but sometimes it leads to good results. “The easiest way for a teacher to solve a problem is if you hit the offender.” he said with conviction.

Fatima Qasbaki went into more practical matters claiming that the session focused on suggesting solutions to issues that would improve the student life, such as building a roof to the playground that would shield the students from the rain, this will decrease the violence among the students because they would have a bigger space to play in winter times. She also commented on violent actions committed by the teachers and supervisors against the students saying that “Sometimes the violence would be so extreme that blood will ooze out of wounds caused by the excessive hitting”, she added that violence is not the solution, on the contrary, calm one on one talk is the only solution.

Nazliya A., a kurdish refugee, said that the number one issue the students are facing is discrimination and racism and not violence, for her “hurtful words are more painful than being hit by a big ruler.”

Wahib D. said that this session was held to alleviate the injustice and violence committed on the students, two of which are his own children. Violence exists everywhere in the school and “power is being enforced by illegitimate ways.”

Riwa S., a teacher in one of the schools, said that the session focused around improving the school facilities rather than eradicating the use of violence. Violence in the school only occurs in between the students themselves and, according to her, this is due to violence witnessed by the children in their homes. “Until today, there hasn’t been any hitting from the teacher’s side,” she said. The supervisors in the playground only hold large wooden sticks to intimidate the students, not to hit them.
When pressed further on the issue, S. said: “In rare occasions there has been hitting, but only lightly on the hands, nothing serious.”